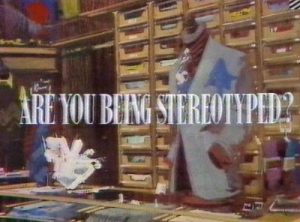 In the “bad old days” on television 1960s and 1970s gays were often stereotyped as the limp wristed camp effeminate “poofter” type. Always fun happy go lucky characters, enjoying life and making innuendos all the time. Think Dick Emery Clarence, John Inman’s Mr Humphreys in Are You Being Served, Frankie Howerd and the Carry On gang. You were guaranteed a laugh with these gays, a bit superficial with a heart of gold. However in the 80s these characters were seen as homophobic and old school variety shows, out of date and offensive. Gay men would be shown as “normal” and “like everyone else”, being gay was just one element of their lives, think Barry and Colin in Eastenders. Just two gays living in Walford, a barrowboy and a middle class solicitor and shock horror they shared a bed.
How are gay men portrayed now on TV 25 years later in 2019? It’s pretty horrific. It’s a far cry from the “gays are like everyone else” stance of the 80s and far worse than the fun loving camp effeminate poofter of the 70s. If you were a straight person who knew no-one gay what would you think? Watching TV in 2019 you would think all gays are loud mouthed, self entitled, selfish, hopeless characters. Most gays are HIV positive as they hate condoms, go to saunas or darkroom bang 50 strangers bareback, inject illegal drugs as they feel the homophobia all around them in society and are traumatised by the spectre of the tombstone AIDS ads. Gays who then want to spew their guts in a documentary, news piece or tweet endlessly. Talk about their “journey” and most importantly say how the NHS failed them in their darkest hour by not giving them PrEP. 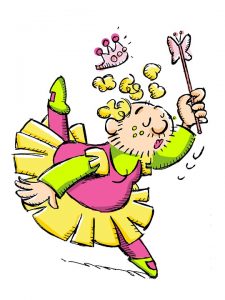 On top of that all gays are drag queens, bitchy, vicious troubled gays with an inferiority complex searching for validation through the “artform” of drag. The drag queen is also most likely a tragedy queen as well, drug, alcohol issues related to “the gay scene”. Gay relationships are portrayed as both abusive and tragic with both parties having different tales to tell of the breakdown. Many a tale of an abusive relationship where they both ended up HIV positive because of cheating and monogamy issues, nothing to do with not using condoms. Troubled gay celebs, politicians, minor reality z listers, cry, dance or demand, even though they are HIV positive, you must take their word they are undetectable and it’s the safest sex with them, without a condom of course. Many go on tour and make a second career out of being gay and revive it being poz.
These horrific portrays of the hopeless, hapless, troubled gay, who is uncomfortable with his “gay identity” and falls back on his “victimhood” for all his problems, takes little responsibility and loves donning womens dresses even if he has a massive beard, hairy chest or does Tim Burton style drag is the new stereotype. He will of course be HIV positive through no fault of his own. Throw a hissy fit if you say “he/him” as today “they/ze” is “identifying” as non-binary and be fighting for gender neutral toilets for all. 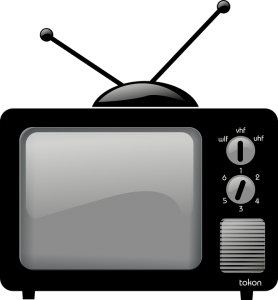 If Barry and Colin were in Eastender now Barry would be a chemsex drug user playing behind Colins back. He would be going to gay saunas and barebacking all who would have him. A storyline of where he tried to get onto the PrEP trial but was turned away by the homophobic NHS as it was full. He would go on to be infected with HIV but not tell Colin, sex would be discontinued until Barry was undetectable, due to the stigma. The politically correct message U=U and Barry could have sex without a condom, without risk of HIV infection. Barry would then get a job at the local gay ill health sector to tell his journey of victimhood.
Imagine being an employer and you have an inkling the candidate in the interview is “a gay”. Alarm bells would be sounding. Is he a drug user at the weekend barebacking unconscious guys? Is he HIV positive needing time off for blood tests and cry in a corner? Is this gay troubled and needing counselling? The gay ill health sector insist the majority of gays are mentally ill with a variety of issues and want us to “self identify” at doctors and dentist surgeries so they can monitor us and “help”. Would you employ a gay man (etc), want to be his friend, maybe feel sorry for him and his “gayness”? If you took what is shown on TV as standard, probably not. You would run for the hills.