Some of the people who work in gay “health” and who are the loudest advocates for PrEP seem a little bit weird. Perhaps you’ve sensed that too?

They’re keen that no one should be “judged” or “stigmatised” and one wonders whether that stems from reactions they’ve had over the years personally. Not just because some of them are HIV+ but for other reasons based around their behaviour and personality. 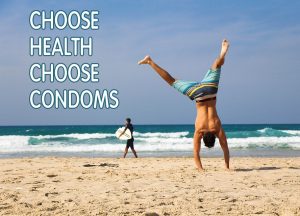 It really is the most bizarre situation and means that they are completely unsuited to these roles. But perhaps it’s no surprise when seen in the context of some of the other politically correct madness that we see currently. Such as demands by a miniscule number of “non-binary” people that the whole of society should be changed just to suit them.

Many gay health organisations have become little more than vociferous lobby groups which represent only the interests and obsessions of a sub-section of HIV+ people. The gay media is dominated by the same mentality. Looking at their output it’s hard to believe that 93% of gay men do not have HIV and many are happy using condoms.

In a video by one of the UK organisations last week, one notorious PrEPster stated that with PrEP and U=U (Undetectable equals Uninfectious) they now have all the tools they need to defeat HIV. He didn’t mention condoms.

Mentioning condoms is almost like some form of blasphemy for these campaigners. Indeed we wonder: did some of them have a strong Catholic upbringing which involved the demonisation of condoms as wrong and evil?

When challenged they say, yes, they do mention and use condoms sometimes. But their actions and words give them away. The agenda is so blatantly obvious in everything they say and do. Like all obsessed addicts they can’t quite hide it.

We chose the word “inject” deliberately. No doubt there will be heroin-injecting drug addicts who feel that those who us who have never tried smack are “inhibited”. Addicts love to get you to join in. It makes them feel less lonely and not so much of a freak.

We’re sure that some injecting drug users fetishise needles and “get off” on all the paraphenalia and actions that go along with getting a fix, seeing a needle pierce the skin, and so on. These are things that fill normal folks with horror and revulsion.

But hang on, isn’t condomless sex “just like your mum and dad when they had you” or were using the pill? No it isn’t. Most mums and dads weren’t at anything like the risk from HIV that gay men face. On average straight people have a fraction of the number of different partners. Gay men aren’t trying for a baby when they have sex together (and sorry Trans lobby but gay men don’t have vaginas or get pregnant. They really don’t).

If you have a fulfilling life and sex life – involving a range of activities – popping on a condom for a fuck is no big deal. The Prepsters don’t “get” that at all. Having sex without fucking should be no big deal either.

A whole generation of young gay men has grown up being led to believe unless they’ve been fucked raw, preferably by more than one than guy (and possibly fisted), all while drunk and on drugs, they aren’t “uninhibited” and haven’t had proper gay sex.

This is leading the gay community down a very dark path and gay men themselves from an early age.

We’re seeing the most horrific crimes committed during “chemsex”. And there are other cases where people apparently “got off” seeing others being abused or taking drugs to the point where they almost, or did, die. There can be some very unpleasant balances of power  in these situations. Rich, white and older abusing younger, black and poor and so on.

Abuses of power have always happened to an extent. But there are new factors at play in terms of the cruelty, selfishness, sheer depravity and opting out of personal responsibility (sometimes through drugs). 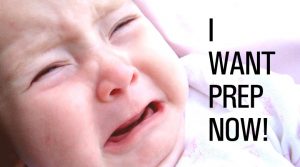 We believe we’ve reached this point in part because we’ve had years of gay “health” organisations and the gay media telling men that they’re entitled to have the sex they “want” right “now”. That no behaviour should be condemned and that abusive, extreme sex – treating each other as disposable objects – is “uninhibited” and somehow connected with gay liberation.

It’s a tragedy and feels that we may be at the beginning of something very bad. Some of us had this same feeling back in 1983.

One possibility is that in the next ten years we will see another health disaster in the gay community. This could be what these toxic organisations and people are creating with their crazy, poorly-though-out policies with no thought or care for unintended consequences. It’s all about what they “want now”.

Yes these individuals are a bit weird. Don’t ever be frightened to say “no” to them and to other gay men who are like this. Don’t be bullied into doing things because you’re frightened of accusations of “slut shaming” or “stigma”. Don’t give up condoms. Some of us here at GMAP have been using those for more than 30 years. We’re negative, healthy, happy and genuinely care about you!

Remember, if there’s another pandemic like HIV, possibly involving drug resistant gonhorrea, those weird barebacking, unashamed “fabulous sluts” will the first to know…