As part of the desperation to drive forward PrEP and the barebacking that goes along with it, condoms have sometimes been demonised in the most wicked and false way.

In fact, if you insist on using a condom, and always do, you’re probably at the safest level gay condom users have been at for 35 years, since HIV first became a major issue. 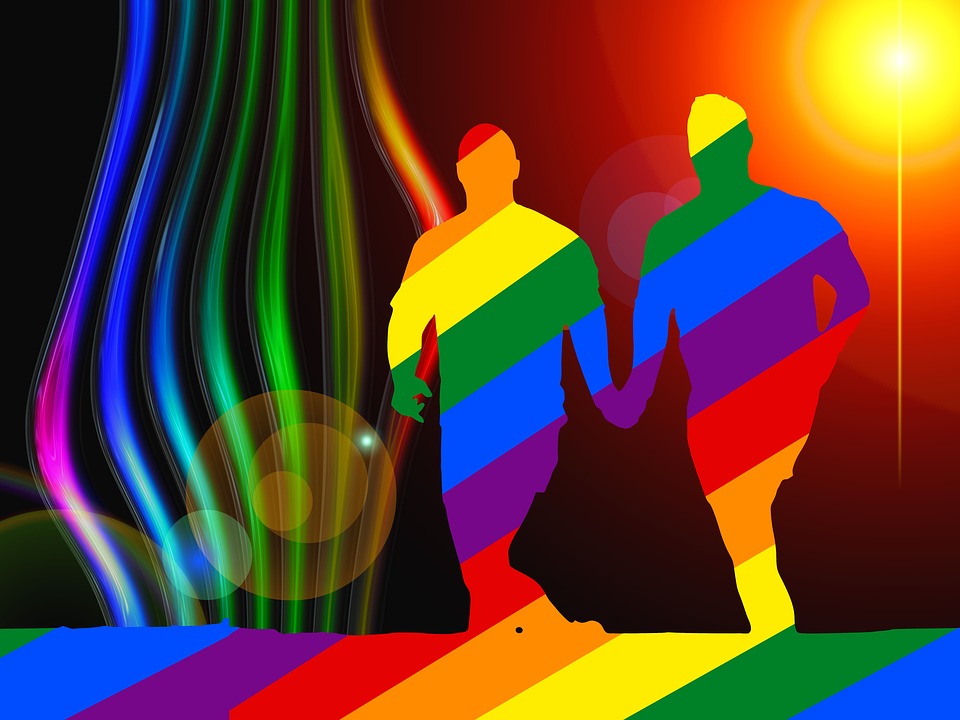 * A large percentage of HIV+ men are undetectable for the virus now due to their medication. So the chance of picking up HIV from them when fucking with a condom is effectively zero.

* A positive man who uses condoms consistently probably tends to care more about his own health in general. For that reason he is likely to be careful about taking his meds and thus is more likely to be undetectable. In this way you tend to avoid flaky positive men whose infection level has increased without them realising it. Bingo: less risk.

In 2015, 40% of syphilis diagnoses, 24% of chlamydia, 20% of gonorrhoea and 74% of diagnoses for LGV amongst Men who have Sex with Men (MSM) were in those living with HIV (source: THT). And despite that group being perhaps just 7% of all MSM nationally. Whilst we certainly shouldn’t demonise all HIV+ men, nevertheless it’s clear there IS a problem with a large percentage of them not using condoms.

Make clear on your dating profiles that you always use a condom and that sex definitely won’t happen without one. This will help to keep away guys who are bad news and attract the good ones.

* Men who don’t look after their health in general (heavy drinkers for example) and are out of control in various ways will think you’re boring for using condoms and won’t want to meet you. Be a proud condom user, ignore them and (sadly) leave them to their fate. Choosing men who genuinely have a healthy lifestyle across the board (and you need to suss this out rather that just believe what a guy tells you) helps you to stay healthy yourself. Birds of a feather flock together…

*  As soon as you start barebacking you fall off a cliff into a swamp of ill-health and face a much higher risk of sexually transmitted infections of all kinds.

* An interest in barebacking can be a visible sign of extreme sexual behaviour and of a person who lacks self-restraint and good judgement. These days you don’t usually find condoms being used at sex  parties, gangbangs in saunas or at all-weekend chemsex sessions. Barebackers flock to these. Note how eager the gay (ill)health organisations are to silence any “slut shaming”. One of their early campaigns for PrEP featured a man in a “Truvada Whore” t-shirt.

The gay “health” organisations are desperate to convince us that no sexual behaviour, no matter how extreme, should be stigmatised or condemned. The first signs are emerging that more than a decade of these crackpot policies may be contributing to gay men literally dying due to extreme sex-related activities. Some of which involve drugs, depraved cruel behaviour and extreme abuse.

Well-balanced gay men know that fucking 60 guys in a weekend is NOT “liberation”. It’s the complete opposite. Happily and confidently saying “no” to certain things, being at ease as a man who likes men, looking after yourself and your partners, caring – these are signs of a mature person who is comfortable with who they are and their sexuality.

If you want to avoid extreme gay men then be an out and proud condom user.

* Barebackers tend to be oddballs. Take a step back and think how weird and restrictive it is for a gay man to be SO focused on one specific part of one sexual activity. Some so obsessed that they WOULD NOT use condoms, even though they knew it meant they would end up HIV+, and they did eventually. Notice how determined some of the PrEPsters are that condoms WILL NOT be mentioned. Are these really the actions of well-balanced, normal gay men?

These fools are compromising their own health, spreading sexually transmitted infections around our gay community and bringing forward the day when drug resistant sexual diseases and new strains of HIV become a threat to all of us. So one must suspect that they are selfish individuals, shallow or just a bit thick. Whatever, they are people to avoid and keep out of your life.

The gay (ill) health organisations will never encourage you to look at the situation in this way. They are obsessed with the high-risk, barebacking underdog and don’t want to alienate and “stigmatise” him, because that’s where all the lovely funding is. Some of it from drug companies. Money which keeps them in a health charity job. There’s almost no money to be made in getting you to use a condom…

You are not an individual to them. You are just a number and if the stats move in a way which gets them funding, but happens to ruin your life personally, they won’t care one little bit. For instance the number of new HIV infections may go down but you may be one who contracted it.

Whether you are are negative or positive, if you want to safeguard your future health you must cut through the bullshit, see the bigger picture and do you what is right for you and which keeps you happy and healthy.

The humble condom has been a huge success for gay men in the UK for 35 years. 93% of Men who have Sex with Men are HIV negative and mostly that is due to condoms.

Will you be an individual or a sheep for PrEPaganda from the money-making vested interests with their odd obsessions?