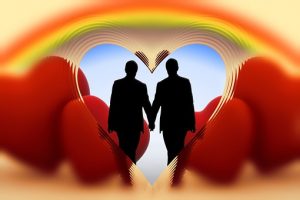 It’s not unfair to say that the gay ill health sector has over the past 15 years failed in their remit to keep gay men safe from HIV and STIs with a strong message of consistent condom use. Championing the reliable condom as the gold standard in HIV prevention along with healthy lifestyles all but disappeared from anything they produced.

Silly “toolbox” strategies of communication, constantly testing and trust have never been viable safe sex practices and the steady increases in HIV infections from 2000 prove the “risk reduction” strategy to be an utter failure. Now the situation is even worse.

It’s as though mentioning condoms is a hate crime within the gay ill health sector and so called “experts” continually undermine their effectiveness and resort to mentioning them vaguely as “other tools”. Only to be used when a HIV positive man has just been diagnosed and hasn’t reached an undetectable viral load and after that they can be ditched.

PrEP, in the eyes of the gay ill health sector is the replacement to the condom. Condoms, to them, play little part in HIV prevention or sexual health, consigned to history, as they believe taking PrEP and getting regular check ups and taking antibiotics when infected with STIs will be the standard practice for gay men. They wish to normalise unprotected sex. They believe this is the future.

They will drag up the AIDS epidemic of the 80s and 90s and bang on about the “fear” and “trauma” of those times to push their bareback agenda onto the gay community. They want you to feel guilty that you want to wear a condom, claim that this needs to be “unlearned” and there is no need to “fear” unprotected sex in the times of undetectable and PrEP. Wearing a condom YOU are still traumatised by the AIDS epidemic, they say. Yet we can learn from the past AIDS epidemic, but not in the way the Prepsters want you to.

At the time many gay publications said “don’t panic!”. How many gay men listened to that message and carried on having unprotected sex and were infected with HIV and died?

How many believed that HIV wouldn’t happen to them? That condoms were some kind of societal control from the “heteronormative” patriarchy and therefore unprotected sex was a defiant act of gay liberation? Being a cumdump slut was “liberating” and HIV nothing to be “feared”? The very message the Prepsters are pushing today.

Being a “fabulous slut” taking PrEP and having unprotected sex with multiple male partners should be “slut shamed”. Slut shamers do have the moral high ground. What is responsible about spreading diseases around your community? Being a slut is a mental health issue it’s not a sign of liberation. If you self identify as a “slut” you need help and counselling to get a more balanced view on what a sex life is all about and life in general.

Condemning barebacking cumdump sluts as disease spreaders, antisocial and contributing to antibiotic resistant STIs and multi-drug resistant HIV, is valid. They should be shamed and stigmatised. Why? Because it is a public health issue that affects the whole gay community.