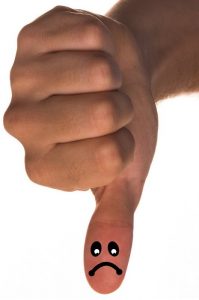 “I believe we HAVE won” said one of the UK’s most notorious PrEP and “U=U” advocates at the AIDS2018 conference, which has been happening in Amsterdam over the last couple of days. We disagree.

The PrEPsters are putting on a brave act as cracks began to appear. Grinning in the face of news reports about sky rocketing stats for sexually transmitted infections, drug resistant strains and PrEP failures (of which there have been a couple so far).

Not in the press yet are rumours such as the one that a large number of gay men in Europe are taking PrEP without any medical supervision as if it’s a party drug. This risks creating drug (and PrEP) resistant strains of HIV and those being spread by gay men who believe and tell you they are protected by PrEP. These subtypes are out there already. That’s right there are less common strains of HIV that PrEP doesn’t work against.

The introduction of the three year PrEP Impact Trial was an enormous set back for PrEPsters and U=U fanatics in England.

The recent, grossly one-sided, BBC documentary “The People Against the NHS” included one PrEPster who stated that “everyone” is on PrEP in New York. Of course they are. Americans are the most over-medicated people in the world because their healthcare system is run for the benefit of drug company shareholders. But the BBC didn’t mention that and the NHS is different.

The gay (ill)health (un)professionals in England wanted a no-questions-asked rollout in England which would have included a huge funding increase for many of them, as they “advised”, dished out the blue pills and monitored users. Accurate NHS findings about a carefully selected group over a three year period was the last thing they wanted, as many awkward facts may emerge.

The announcement of a three year Trial was the shock of the century for them.

For the last 20 years the gay community has been used to getting what it wants, particularly in health. The silly way the campaign for PrEP was approached showed their complacency and arrogance as they fully expected to be handed what they called for.

There was the unattractive older gay man who appeared in publicity wearing a “truvada whore” tshirt. One of the problems for the PrEPsters is that many of them and their most enthusiastic supporters and clients come across as rather extreme and a “bit weird” to  most normal gay men across the UK.

One photograph that appeared widely showed a close up of a man with his tongue out and a blue PrEP pill on it. This gives you a fascinating insight into the PrEP fanatics themselves.

Illegal party drugs on the gay scene have been a way of life for some of them for decades. This is why chemsex is a major drama within their circle of friends currently while most of us wonder what the fuss is about. They think illegal pill popping is clever, fashionable and that “everyone does it”.

Many of the health professionals are HIV+ themselves so the daily taking of a number of prescribed pills has been routine for them for years.

They don’t understand that many people, including gay men, find pill taking undesirable and are concerned about side effects. We find the idea of illegal pills actually repulsive and even prescription pills  are a last resort and a necessary evil for those who are truly focused on good health.

When we launched Gay Men Against PrEP we made a spoof of the pill-on-the-tongue photo which still features at the top of our page several years on. It brands the PrEP pill taker as a “PrAT”. When Channel 4 News reported on PrEP, it showed our image nationwide and we haven’t seen the original used in an article since. It seems our satire killed it stone dead.

Then over a period of years there has been the constant bareback-agenda-driven talking down of condoms and even lies about how they are “unreliable” supposedly when, 25 years ago, we were all being urged to trust condoms and were assured they would protect us. Some of us even raised funds to get free condom schemes up and running.

All of this can’t have gone down well with the NHS which faces picking up the bill if and when these crackpot car crash policies go tits up.

The PrEPsters know there may never be a full roll out of PrEP now. It all depends what happens, worldwide, over the next three years. Wisely, the NHS decided to kick the can down the road until it sees what happens in other countries.

PrEP available for all will be ruled out when it becomes clear that it leads to an enormous increase in STIs, including drug resistant ones, combined with a reduction in condom use and that all of this will create vast additional costs for the NHS. With no guarantee that there will be a longterm reduction in new HIV infections (and claimed savings for the NHS),  if condom use falls, resistant strains of HIV become more common and vulnerable men get caught out by lies from positive sex partners about “undetectable” status.  A disaster.

All along we have said that PrEP has a place as a limited  tool to help the few thousand hopeless barebackers and chemsex addicts who can’t control themselves and who create most of the new HIV infections (mainly in London). The current Trial is serving that purpose already.