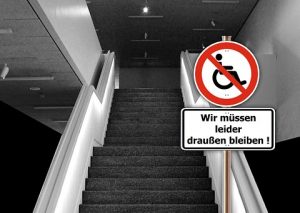 The gay (ill) health unprofessionals are now selling PrEP as “sexual liberation”. They say that condoms are unnecessary for HIV prevention and we can now have “sex without fear”. It’s a simplistic message for gullible naive gays. Those who fall for marketing. All part of the relentless push to get HIV negative men barebacking, it comes from the HIV positive men who lead on gay health within our charities.

Other STIs, they claim, are easily fixed by yet more pills. This is extremely misleading and a downright dangerous message that is starting to have devastating consequences for those who are on PrEP, having believed the bullshit.

In “the good old days” of the 80s and 90s, HIV was the main concern for the gay community. Not because it was “the biggy”, but because other STIs had plummeted due to condom use and testing. If you had sex using a condom and met like minded gay men the likelihood of getting an STI was very low.

Due to a relentless push by HIV positive men who lead in gay health charities. Men who hate condoms and want to get gay men to abandon them, STIs are “back for good” in the gay community. Being infected with an STI is being normalised and rebranded as a simple by product of liberation. Nothing to be “feared” as it’s fixable.

However STIs have reached epidemic levels in the USA gay community and are a real cause for concern. Even doctors and nurses are speaking out about it and the catchphrase isn’t “sex without fear” its “throwing caution to the wind”.

The insidious gay (ill) health charities have done their worst within the sexual health clinics. There, “condomless” sex cannot be “stigmatised” as it hurts the feeling of the barebacker. His immorality cannot be called out. He can’t be given advice and guidance that a condom is a good idea. It may make him go away and never come back! He is vulnerable due to his own sexual needs, which shouldn’t be shamed as we we’re all fucking each other raw now supposedly as we did pre the AIDS crisis. Liberated again according to the gay “experts” in our charities.

However this sorry state of affairs has resulted in an increase in cases of syphilis. A devastating sexually transmitted disease which can affect the nervous system and  the brain. One article by a nurse (link below)  highlights a PrEP user who abandoned condoms, got infected with syphilis and was paralysed for the rest of his life. He was “distraught” — understandably.

Maybe at the next “sex without fear” powerpoint presentation by a Prep ambassador who struggles, they should roll out the paralysed gay man in his electric wheelchair to explain how liberating PrEP and condomless sex was to him? We would be interested to hear his reply.