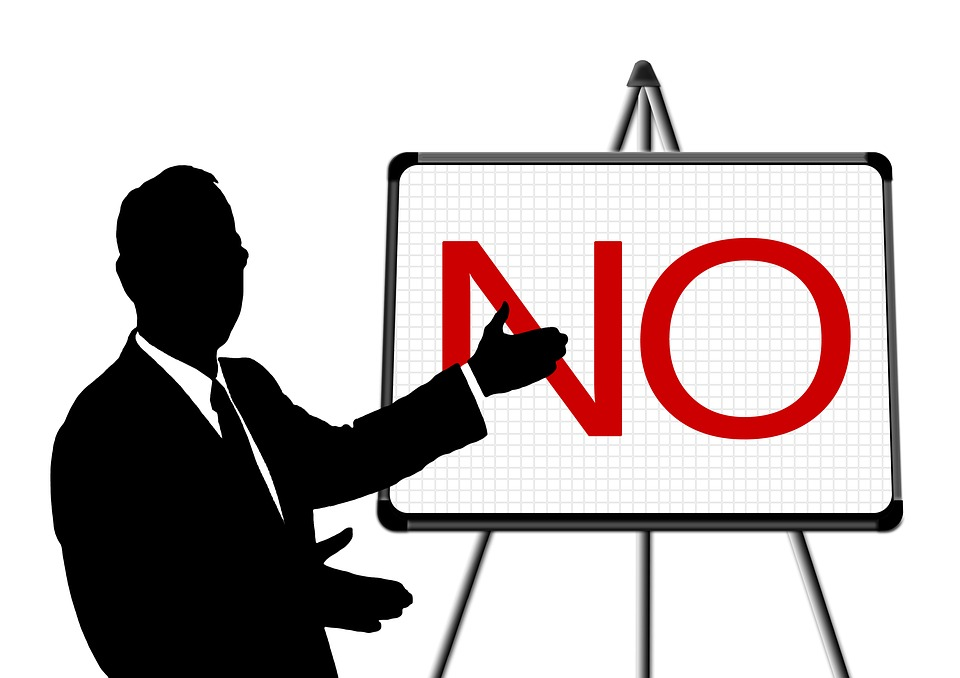 A year ago campaigners and gay “health” organisations claimed there was huge demand for PrEP amongst gay men in the UK. For that reason they wanted the drug to be available to any man who asked for it. Some loons even suggested that most sexually active gay men should be on PrEP.

But the PrEP Impact Trial in England has revealed just how little demand there really is….

Check out the list of clinics which currently have available places on the Trial website, 8 months into it.

Out of 136 clinics offering places in England, outside of London only Nottingham City Hospital (GUM) and the Royal Hallamshire Hospital in Sheffield are closed to recruitment for gay and bi men.

Interestingly, Sheffield is the only city north of Watford where sleazy “CumUnion” nights are held. Is there a connection and would it more effective to shut down “events” like that?

To much gnashing of teeth from the PrEP fanatics, last Autumn NHS England announced a limited Trial with “only” 10,000 places (for all, not just gay and bi men) in the whole of England. We’re sure hotspot locations will have received more while others have less. However it averages out at just 73 places for each of the 136 clinics on the list and the interesting thing is that, overall, it’s been more than enough.

If you reckon 3% of the population of England is a gay or bi male, that’s approximately 1.3 million men aged over 18. Yet 8 months into the Trial, nowhere near 10,000 places have been filled. And yet one might have expected an eager initial rush and then for demand to drop by this point. A worrying omen for the promoters of PrEP… 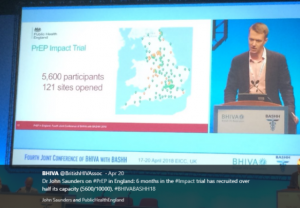 Clearly there’s very limited demand and we predict that with the initial “rush” over, and quite a percentage dropping out, the remaining places will be hard to fill.

In March 2018 an additional 1,000 places for gay and bi men were announced by reallocating existing capacity from other groups where there was, again, limited demand. In the following screengrab you can see “TeamPrepster” giving the general impression that places were scarce and clinics were turning people away. 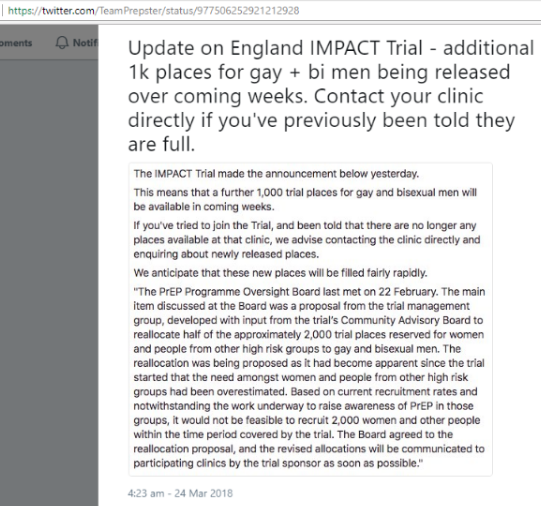 But, as we’ve already seen in the earlier grab, by the following month there were only 5,600 people on PrEP in England in total, in a Trial that had 10,000 places to begin with for gay and bi men alone. How many clinics do you suppose had no places left before that extra 1,000?

A tweet in March 2018 from one of the arch PrEPsters claimed that 26 clinics had no places at that point.

Again it gave the general impression that places on the Trial are as rare as hens teeth. Perhaps they were at some London-based clinics in “chemsex central”, before the extra 1,000? However, as we’ve seen, the following month, April, many thousands of places were still up for grabs nationwide for gay and bi men. And 121 clinics were open (see conference image above).

This was another devious attempt to push the agenda which is to “widen” the Trial to all those who will “benefit”. When really all that was needed was a redistribution of the large number of places that were still available across the whole of England. Something that NHS England planned to do that all along, as detailed in the FAQ on the Trial website.

Originally the PrEPsters and gay (ill)health organisations were desperate to have a full no-questions asked roll-out of PrEP for any gay man who wanted it. That would have helped them to avoid any awkward statistics and scrutiny which might expose their propaganda.

But as PrEP is being given out in a carefully controlled and monitored way instead, they face a nightmare scenario. For, as the months roll on, they will be exposed in an extremely clinical (pun intended) manner.

Dodgy surveys and articles from the gay (ill)health organisations claimed that most gay men were barebacking or wanted to. We said that, on the contrary, their readers and clients were a tiny percentage of rather extreme gay scene goers and chemsex addicts and therefore not at all representative of the 1.3m average gay adult males nationwide.

If we do see a dramatic fall in new HIV infections, and already they’ve claimed that PrEP has had that effect in London, we’ll know that a small number of reckless, extreme gay and bi men were causing a large percentage of those infections prior to them being put onto PrEP.

That isn’t the message the hand-wringing unprofessionals want to give as they tackle well-placed “stigma” against a small percentage of disease spreaders and rail against “slut shaming”.

Ironically, they prefer to stigmatise all gay men nationwide. You and me. Spreading out the blame by pretending we’re all reckless barebackers who “can’t” use a condom effectively. So we’re all preventing HIV from being “ended”, because we’re helpless, weakminded gay men who lose all self-restraint at the sight of a cock. 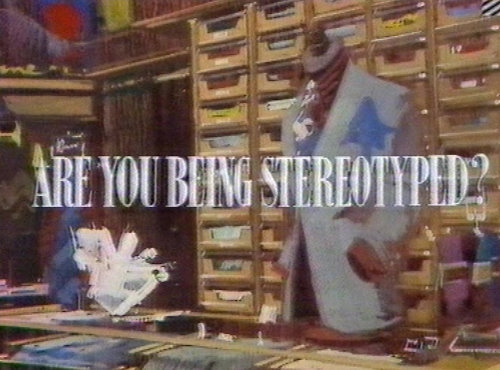 This is actually  a longstanding malicious stereotype that our opponents used against us for centuries. The hopeless “poof”. But now it’s gay organisations that are saying it, with a 2018 spin. Gnawing away insidiously at the reputation, goodwill, tolerance and respect our gay community managed to build over the last 40 years.

Why has take up of PrEP been so low?

2/ Some gay organisations have always recruited their pals and associates. Many of the charity (un)professionals and PrEPsters are already HIV+ themselves, so not eligible for a place on the Trial.

In the UK around 4% of gay and bi men are HIV+. However in the gay scene and gay media circles the gay unprofessionals move in, a phenomenal percentage of men are positive. Recently a scene-going friend who lives in a major UK city ‘phoned us and said “no kidding, nearly every man I meet on the gay scene here is HIV+”.

Consequently, the age-old gay charity fiddle of getting all your mates on-board to bump up figures and “demand” and justify your latest funding grab hasn’t been available when it comes to the PrEP Trial, and it shows…

3/ The PrEPsters pretend that getting on the Trial and taking PrEP is a sign of being “responsible”. In fact, being an irresponsible barebacker is a requirement to obtain a place. You have to report unprotected sex in the previous three months and consider that you are likely to have unprotected sex (excluding oral sex) in the next three months.

So you can’t get onto the trial without putting yourself at risk at least once. That rules out many gay men who really do care about their health.

When he gave a talk at a university in Manchester last year, one notorious PrEPster suggested to the audience that they might lie at the clinic and say they had taken multiple loads at the local sauna to get themselves onto the Trial. Thus defrauding the NHS. That man has since been given a job at a major gay HIV charity. It just shows the sort of people who are now being employed by once respected organisations, to give out advice to impressionable young gay men.

If you’re negative then PrEP isn’t mainly about you. It’s about the few percent of gay and bi men who are HIV+, hate using condoms, and wish they could turn back the clock to the days of barebacking before their diagnosis.

But eight months in and we see that right now probably less than 6,000 gay and bi men are on the PrEP Trial out of 1.3 million in England, with 5,000 places still unclaimed. It looks like NHS England knew exactly how much interest there was in PrEP and how many “needed” it.

As we’ve said all along, PrEP is something that can be useful for the small number of self-harming gay men who are out of control, causing them to be a danger to themselves and others. A stop gap drug to use while they get their life together with counselling and in some cases alongside other help to  get them off the “chemsex” drugs.

PrEP isn’t the “liberating” sexual freedom drug the Prepsters claim it to be, giving us “sex without fear”, and fortunately most gay and bi men aren’t falling for the lies.