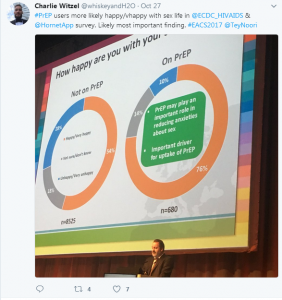 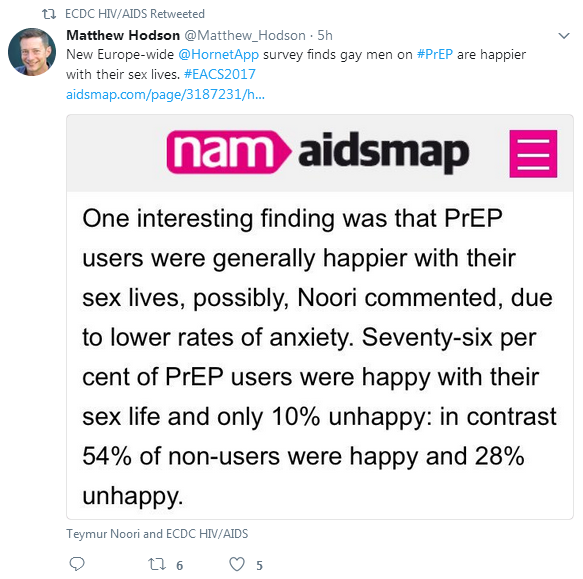 We’ve been unable to find any details about the methodology so far. But it seems to be a survey of the users of the dating app HornetApp.

Note how this is then presented as a finding about “gay men on PrEP”. When actually it is only representative of gay men who are active on a dating app.

Some of those who trumpet this finding are the very people who drove down condom use and created this “unhappy” situation.

How “anxious” will these PrEP users feel when they catch a serious STI such as syphilis because they didn’t use a condom? How anxious will they feel if they contract a drug resistant strain of HIV or an antibiotic resistant STI in coming years?