Articles like this one are desperate to put across the message that “’HIV Undetectable’ Must Mean ’Untransmittable’.”

“The science is solid,” say the absolutists. But remember that real life isn’t a scientific study.

In most situations you have absolutely no way of knowing that a partner is “undetectable” for HIV. It is no more guaranteed that when a man tells you “I am HIV negative.” You are relying on him knowing and being an honest person.

And this doesn’t only apply to casual hook ups. Gay men lie when in relationships too. 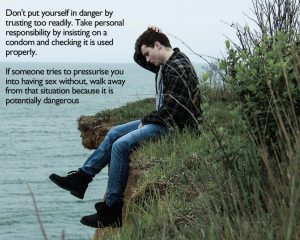 The sensible way to approach this, if a man tells you he is “undetectable”, is to insist on a condom as usual. If he really is undetectable then that makes sex with a condom exceptionally safe. If he happens to be infectious then you’re still very well protected.