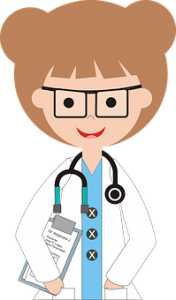 What a rich and fulfilling gay sex life you have! Well done! Being a fabulous barebacking cumdump slut is a fantastic achievement. Don’t let anyone slut shame you! You are wonderful just the way you are!

You say your ex has told you he is HIV positive. Remember not to stigmatise him. He is in a very vulnerable state. If he has just tested positive and has a high viral load there is a good chance he has pozzed you up.

You two have just been unlucky. All gays are victims of years of social control; traumatising condom campaigns denied you pleasure and intimacy – the sex you desired through condomless sex. Don’t blame yourselves, blame the homophobic stigmatising NHS who haven’t rolled out PrEP to all gay men. You both were liberated but things could have worked out better. If you test negative or positive you can still enjoy fucking raw.

You might get an STI so its a good idea to wait a few days to see if puss comes out of your cock before having sex with your bf, or even nip to the clinic for a full STI test. Don’t forget to hide the PrEP at home or at your ex bf’s house. Due to the PrEP stigma.

You don’t have to tell your bf you are poz, in my view you are under no obligation to disclose to him legally or morally. Don’t forget the unjust HIV stigma you may face. You could ask him to go back to those pleasure denying condoms until you become undetectable. There is always a chance your bf is a barebacking cumdump slut himself and it was him that pozzed you up and then you pozzed your ex up! Who knows? So suggest to him to go for a routine HIV test. No one is to blame. Don’t feel bad. Remember we are all fighting the stigma.

Wow Dr Lovelace you are so politically correct! You must have been hanging around gay ill health unprofessionals for so long your judgement has been tainted. Maybe if those gay ill health organisations had promoted condoms, individual responsibility and god forbid a bit of morality neither of these gay men would be HIV positive. Hey it keeps the NHS clinics busy though with lots of tragedy and stories to tell.