Another bullshit article about PrEP from the BBC. 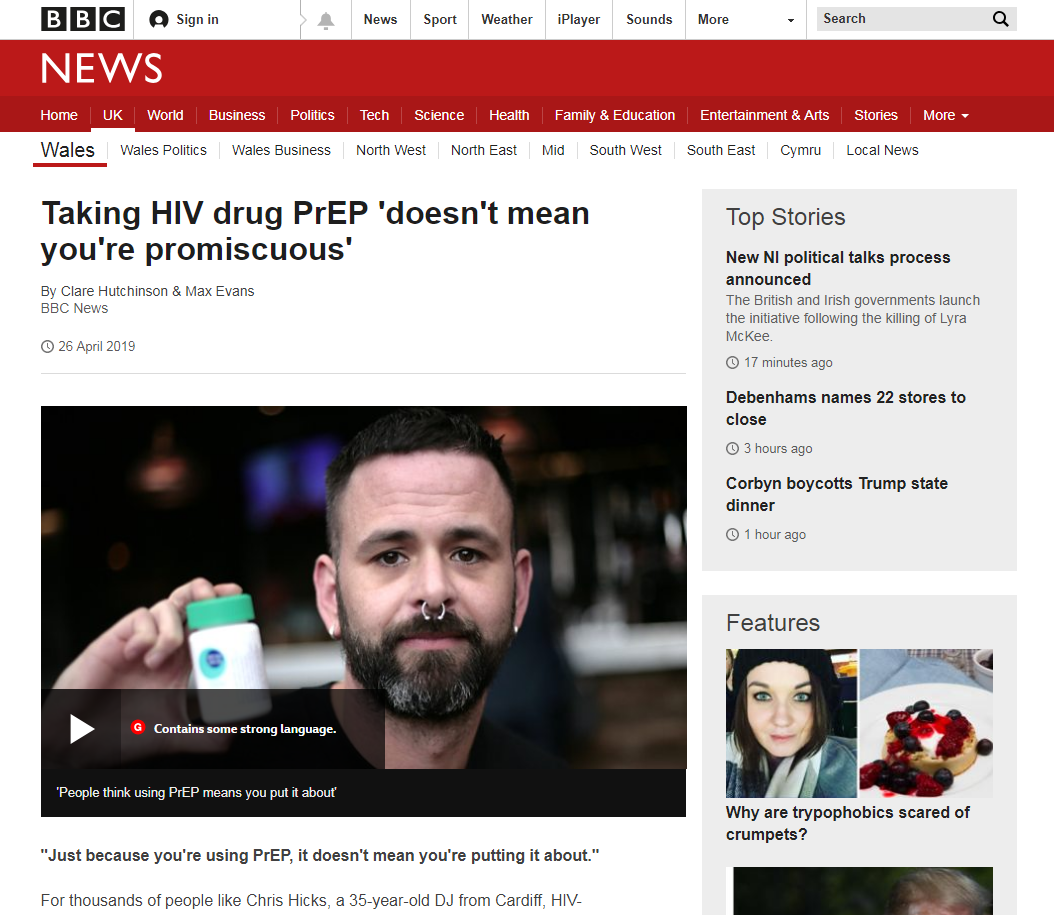 Yet the article states “Chris said growing up as a gay man in the 1980s meant HIV was a lingering spectre.”

Really? He was aware of the “spectre” of AIDS and was “growing up as a gay man” during the 1980s as a child of six or seven years old at most?

He also claims to have seen the AIDS iceberg ads which were first screened in 1987 when he would have been aged three or four! They weren’t shown on toddlers TV…

This is another tickbox PR piece from the PrEPsters and their media cronies. They can’t resist shoehorning in the usual virtue-signalling stuff despite it being extremely dubious if you think about what is being claimed.

Read between the lines… He believes that “everyone” takes risks and isn’t always “entirely safe.” This is completely untrue. Many of us use a condom every time and have stayed free from HIV for decades.

He’s in an open relationship in which condoms aren’t used. Yet believes that anyone who criticises PrEP is not “fully educated.”

As the article points out, the jury is still out on whether PrEP users contract and pass on more sexually transmitted infections. We believe they do.

Look at the stats from Wales in the article and make up your own mind. Despite being checked every three months for STIs “screenings show of the 841 people taking PrEP, 137 had gonorrhoea, 112 had chlamydia and 25 had syphilis.”

When experts say there may or may not be a connection between PrEP and STIs, we think what they mean is that these individuals may have ended up with the same STIs anyway even if not on PrEP because they are reckless.

They aren’t “typical” gay men. On the contrary they are high risk for STIs either way. Whether on PrEP or not.

Looking from an individual point of view, PrEP use DOES then become an indication of a gay man who poses a great STI risk to you if you hook up for sex. Though the gay “health” organisations will never tell you this.

How can PrEP users in general not be promiscuous as the headline claims but yet have these phenomenal rates of STIs? Of course there will be a few who are aren’t.

To paraphrase that old gay phone dating ad, these are gay men you don’t want to get to know better!