Everyone’s a victim these days. The gay organisations love to portray us in this way. The more “problems” they can identify, and the more “victims” they can find who need their dubious “help”, the greater the funding they can grab. The idea is to secure their own jobs and their progress up the gay charity sector career ladder. 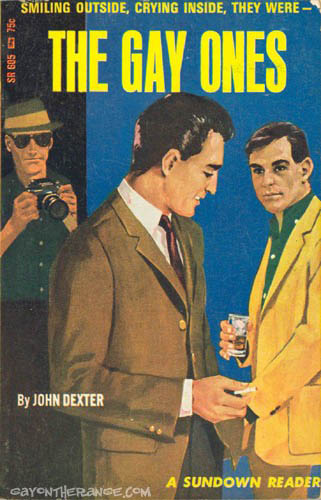 Whereas 25 years ago it was all about being out and proud, confident and putting up two fingers to homophobes, nowadays the message that’s going out to wider society is that we tend to be alcoholics, drug addicts and hopeless cases who can’t even get it together to roll a condom down our own penis before sex.

Some of the stats that appear are downright lies and are based on dubious surveys that have been carried out by these same organisations. For example they’ll survey people in and around gay pubs and then claim that LGBT people have a higher than average problem with alcohol.

Interestingly, the sad, hopeless homosexual who can’t get it together is a longstanding pernicious stereotype. The difference now is that it’s members of our own community who present us in this way for their own devious benefit.

This is very dangerous and may come back to hurt all of us in the future in a big way.

But these narcissistic people don’t care that they’re undermining the progress we’ve made over the last 30 years. Because it’s all about them and what they want.

We wrote about tragedy queens previously. In the past everyone knew that a small number of gay men like this existed. Always with a sad story to tell, portraying themselves as a victim, to seek sympathy and attention.

Now these guys are in their element, with funded charities that are only too eager to put them out on TV so they can tell reporters how they “struggle” to put on a condom and that the NHS will be to blame if they become HIV+ because PrEP isn’t available to anyone who wants it. Personal responsibility doesn’t come into it.

The more gay men are told they’re victims and that being gay is connected with victimhood, mental illness and unfettered sex while disregarding responsibility and good health, the more it creates an increasingly unattractive picture of what “being gay” is all about. One wonders whether this is part of the reason why so many young people these days are rejecting the gay scene and community?

There’s always a line and who decides where that should be drawn? We don’t think of murderers and rapists as “victims”.

So why should someone who is reckless and irresponsible and routinely spreads STIs within our gay community, keeping the HIV epidemic going rather than “ending” it, be portrayed as a victim? Some of the (ill)health (un)professionals believe that infecting a partner with HIV shouldn’t be a criminal offence.

These twisted individuals ensure that ill health and disease continues. But, as we’ve already said, that’s what they want, because the tragedy and downfall of other gay men is their livelihood.

Before there was a cure for syphilis there were plenty of men who contracted it. These men weren’t victims with low self esteem. They were perhaps impulsive, irresponsible and reckless, maybe with poor judgement. Literally putting their lives and health second to sex in the heat of the moment.

When there’s a relatively high risk of contracting an incurable disease such as HIV and spreading that and other STIs around our community, not using a condom is irresponsible. No, it isn’t like your mum and dad not using a condom to conceive you, as the (ill)health charlatans like to claim. Nor is barebacking with random partners “natural” when it comes with a high risk to your health.

As for “stigma”, wanting to avoid reckless, irresponsible people who are high risk for transmitting disease is a sensible move. Shunning barebackers and others who don’t look after themselves is something to be recommended, not to feel guilty about, because they sure as hell won’t care about you.

So please let’s cut the bullshit and spin and call a spade a spade.

In the culture and environment we have, gay men who have unprotected sex with random partners (yes even on PrEP) are reckless and irresponsible with no care for themselves or anyone else, they are NOT victims.