Keep yourself safe from HIV and other STIs. By using strategies that the politically-correct gay health organisations and gay media will never tell you about and by casting a critical eye over every word they produce 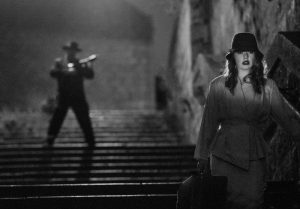 Despite the endless hype about tackling stigma, gay organisations and the pink media love nothing more than an easy”one-size-fits all” broadbrush stereotype or cliche. Particularly if it gets them what they want (money/funding, status and career progress) and fits their agenda.

This extends to our gay history too. It’s airbrushed, rewritten, manipulated to suit and all too often based mainly on the experiences of the same extreme London elite.

Young people have been led to believe that every gay man who was around in the 1980s and early 1990s knew dozens, if not hundreds, of fellow gay men who died from AIDS. In truth, that is far from the experience of some who are now in their 50s or older.

Some know maybe one gay man who died, perhaps a vague acquaintance, or even none at all. Far from attending dozens of funerals of victims, they’ve never been to one. Yet they lived in major British cities in the 1980s and 1990s, were “out” and on the “gay scene”.

It’s true, the 80s were a frightening time and you did see men who were very ill in the gay bars. In 1983 there were 24 identified cases of AIDS in Britain and by mid-1986, 512 cases. The great breakthrough in treatment didn’t come until a decade later, in the mid-1990s, when victims could begin to look forward to a more normal lifespan.

But strangely some gay men found that none, or virtually none, of their close friends or partners ever fell victim to AIDS. How could it be?

We’ve puzzled and concluded that it must come down to the people they knew, the circles they moved in and the sort of gay lifestyle they led. Researchers are coming to realise that this has always been a factor in the spread of HIV.

But, the gay (ill)health (un)professionals don’t want this thinking to be a plank of your health prevention strategy in the toolshed of options. This is because it will stigmatise a small sub-section of problematic gay men and, most importantly, many of them.

So what was it that kept us safe in the 80s?

We were clued up. We had seen the famous BBC Horizon programme “Killer In the Village“in April 1983 and could see that AIDS would be a problem for gay men worldwide, not just in the USA. For us, being informed didn’t mean reading and trusting the gay media only. We consumed all the information we could find.

There can be no doubt that some British gay men died because they didn’t find out about AIDS until too late. Some had false hopes that a vaccine would be found quickly and that the crisis would “all blow over”, so they didn’t change their sexual behaviour.

Thirty-one years on, still with no vaccine against HIV, we can look back at talk about one on Newsnight in 1986. While at that same time some articles in the gay press suggested that the crisis was being exaggerated and that cases were falling. What a mistake if you put too much hope into those.

We didn’t put ourselves into dangerous situations that could lead to infection. We didn’t have sex with strangers when we were drunk or on drugs. We didn’t allow flaky, unbalanced people to be part of our sex lives. We knew they couldn’t be trusted and that it wasn’t normal for every day to be like a drama filled episode of Eastenders. We judged those men to be too much of a risk to us.

Of course we should always look kindly on people who make a mistake. But when they continue along the same path then quite rightly we tend to lose sympathy. Who wouldn’t have respect for the gay man who is HIV+ and is meticulous about always using a condom to keep us safe when we fuck with him?

Who can respect that? And how much of the stigma faced by some HIV+ gay men these days comes because they are seen to behave in the same foolish way they always did and try to pull in others to do the same?

Take a look at the gay men who surround you and that you have sex with. Are they irresponsible, reckless, foolish, silly, bullying or full of excuses (“it happened because I was soooooo drunk”)?

A bareback-obsessed man who is always trying to get inside you without a condom, despite you saying “no way” isn’t a good person to have around. Particularly when you’re vulnerable, which could just mean when you’re sleeping. Nor can he be trusted to use a condom effectively. These are the men who take them off during sex (now known as “stealthing”).

And remember that some gay men are positive but haven’t been tested.

A whole “me” generation of gay men have grown up being told by the likes of Gaydar that they’re entitled to have “what you want when you want it”. Which plays well to a certain type of selfish personality and ego.

So watch out. Keep your wits about you and consider who you associate with.

Unlike three decades ago, the gay media and various “health” organisations are now a threat too.

The history of the gay community tends to be written by a small metropolitan gay elite and reflects their London-centric experiences swirling in a “scene” that has always been far more extreme than the rest of the UK. They were disproportionately affected by HIV and AIDS and that continues to be the case. Ask yourself why.

Over the last 15 years the gay health organisations seem to have had a policy of positive discrimination. Employing a hugely disproportionate number of gay men who are HIV+. This has created a built in slant in terms of the strategies they dream up. Men who failed to keep themselves safe (and who in many cases haven’t changed) are now “experts” advising you and me. You really couldn’t make it up!

Another problem is that many gay men who are capable and talented don’t want a “gay job”. They prefer to make it in the mainstream. This led to poor quality individuals “sneaking in” to be a mediocre big fish in a small pond. To compound the problem, unbelievably, some people who very clearly lack any skills at all have been employed purely because they are a “victim” of whatever the particular organisation campaigns about. But being a victim is not a qualification or skill.

This small crowd are completely untypical of the majority of gay men in the UK, yet they dictate policy and use the money and powerful tools at their disposal to send out their propaganda (or should we say prep-aganda?) .

This is a toxic situation that may not be in your best interest.

These individuals will never advise you to be careful about who you associate with because in many cases they themselves are the twisted gay men you would be well advised to stay well away from. Their main focus is always the small number of problematic gay men who they see as being “stigmatised”. Be warned, they would rather your life was destroyed or health damaged than see one of their favoured few “judged” or “slut shamed”.

For this reason you must cast a highly critical eye over absolutely everything they tell you. Read widely and don’t rely on the gay media or even some sections of the mainstream media which is now being infiltrated by gay journalists who are pro-bareback PrEPsters.

Will you be informed from a wide variety of sources?

Will you rush to take PrEP because these individuals tell you it is the best thing since sliced bread, while they ignore the possible downsides and warning voices?

Is your sexual health strategy to “hope for the best” and rely on others?

We say be cautious and proactive. Take personal responsibility and ask questions. Just as we did 35 years ago. But in the end it’s your life and health and the decision is yours…