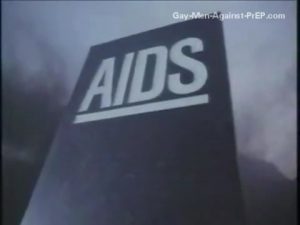 The Russell T Davies series is full of flaws, inaccuracies, lies, twisted manipulations of the truth, with a unhealthy dose of virtue signalling designed for a hard of thinking woke audience.  It is a re-imagined version of the 80s for the woke 2020s.

We are not going to go through the show episode by episode as that would be tedious and boring. But we will make some comments about the portrayal of the 80s, before we get to the inaccurate agenda driven depiction of the AIDS epidemic. We can do that because we were there at the time, relatively the same age as the group of friends.

The Gay bars and clubs are portrayed as wonderful joyous places full of fit young gay men dancing to high energy music and getting off with each other daily. In reality they were smokey dives, packed full of gay men of a variety of ages, in fact very few young gay men were in them. It wasn’t usual for gay teens to come out early. So anyone under 25 was in a minority. The majority of the men were “clones”. Gay men in their 30s and 40s who wore 501 Levis denim, white T-shirts and/or checked shirts and doc martin boots. They all had moustaches. These men are completely missing. The fashion portrayed doesn’t advance through the decade. It was quite dowdy in 1981 but it got very bright with pastel shades mirroring the show Miami Vice mid 80s.

“No” or “misinformation about HIV prevention” is untrue

The biggest lie in the series is that there was no (or mis) information on how to protect yourself from HIV throughout the 80s. True, in the beginning, it wasn’t fully understood. It was thought it could be poppers, or antibiotic resistance due to promiscuous gay men who were at the clap clinic every week.

The show wouldn’t say this as the gay ill health consultants don’t want you to “slut shame” or draw attention to the possibility that drug resistant STIs (and HIV) could be a problem from 2021 onwards. That would mean being careful about what we do once again, rather than “liberated” as they see it…

Russian conspiracies and drug companies profiteering weren’t a thought, as obviously it was a new disease. Around 1984 information became clear and safer sex messaging was everywhere. We knew we could have great sex with a condom. The show’s narrative that we were all at risk and would inevitably get infected with HIV and die is a lie. We were all very clued up.

The narrative that being infected with HIV is just “bad luck”

You could have lots of sex and not be infected if you wear a condom. However that’s not the message the gay ill health brigade want to tell you. Notice how there were no safer sex posters at the clinic nor did the doctor hand them some free condoms. Condoms erased from the message, so it’s just “bad luck”. We were all vulnerable apparently.

Gay men like to be raped by straight men

Episode 3 with Colin and the landlady’s son, shows how Colin got infected with HIV. The narrative here is the son is a “closeted gay man” due to societal stigma. However other commentators, and ourselves, see it as Colin being serially raped. In the clip the son knocks over the lamp and says “shut up you little bender”. It is suggesting Colin likes to be raped and sexually assaulted due to his internalised homophobia. We even have famous celebs from the 80s now telling stories about how they were systematically raped and that it was normalised in the 80s. So was there a rape culture in the gay community in the 80s? Or is there a rape culture now due to the gay ill health crackpot policies of “the sex you want when you want it”? 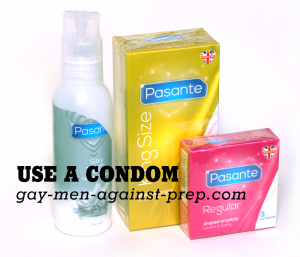 This was a very disturbing portrayal of HIV positive gay men. In episode 3 we see Colin in a hospital bed talking about how he wanked about Ritchie in the Pink Palace and then actually started to wank in front of those at his bedside. In episode 5 Ritchie lures a straight barman to a beach to tell him all about his schooldays when he fancied him and used to wank off about him. Then he says he wants to suck him off. He’s very persistent about it, as time is running out. It does remind us of the freakish gay ill health non experts who just can’t help letting it all hang out. Telling everyone about their bareback sexually exploits and obsession with their “desires” being unhibited by condoms. So maybe an accurate portrayal. We thought maybe it was an effect of the ARV drugs! But perhaps not.

In “It’s a Sin” the conclusion of why gay men were dying of AIDS is quite staggering.  In the final scenes (on a beach for added drama) Jill blames societal homophobia for the death of Richie. More specifically that his mother is to blame for instilling internalised homophobia and self hatred, which is a very cruel thing to say. The narrative is that in a homophobic society gay men suffer from “gay shame”. They lack that self worth and their esteem is so low they want to kill themselves and other gay men through unprotected sex. They want to infect themselves with HIV and infect others who also have no self worth and want death, as they “deserve” to die due to being gay. They are wrong sick and disordered for being gay. These scenes literally define bugchasing and gift giving. A 21st century perspective pushed onto the  80s era.

This victimhood “gay shame” mentality is a 2021 perspective transferred onto the 1980s AIDS crisis, to try and explain away the actions of the minority in our community who did not take up the safe sex message. In the 80s there was none of this ramped up victimhood and self loathing. It was “we’re here we’re queer get used to it!” We were resilient in a homophobic society and thought “Fuck em!”. How dare they portray us as victims and hopeless homosexuals, a stereotype of the time.

So was being infected by HIV just “bad luck” or a “choice” due to internalised homophobia? The series seems to suggest the latter after 1983 when “Killer in the Village”, a Horizon programme on BBC2 highlighted AIDS and we understood that condoms could protect us. Was Ritchie in denial or a bugchaser? The series suggests he was a bugchaser turned gift giver. Frightening. A HIV positive reviewer was very angry at the representation and called Ritchie a “suicide bomber”. Is that the representation the gay ill health sector wanted, being consultants?

The message we want you to take away after watching “It’s A Sin” is you really don’t know what’s around the corner. As with Covid, viruses pop up all the time. Sexual health is more than HIV, other STIs are at epidemic levels in the gay community, with antibiotic resistance on the horizon. If you expect medication to “save you” and that you can be a fabulous cumdump whore without any consequences you might get a big surprise. We learnt that in the 80s. Being a “Ritchie” is not a good state of mind. Nor is listening to the non HIV prevention strategies the gay ill health non expert tells you today. Stay safe, wear a condom and the mentally ill barebacker will avoid you.

One thought on “It’s A Sin Review: A distorted narrative of AIDS in the 80s”