This ad was made by the gay health organisation GMFA (Gay Men Fighting AIDS) and appeared just before the end titles in a programme in the Channel 4 series Out, 24 years ago in 1994.

The ad encourages us not to discriminate against gay men who are HIV positive. “Rubber up or leave it out” is the message.

Many of us who were in our 20s or 30s at that time followed the advice and we are still HIV negative today. Positive men weren’t undetectable for the virus in those days. 1994 was a couple of years before the really effective treatment against HIV came into use. Contracting the virus could easily be a death sentence.

At the same time organisations such as THT published leaflets stating that a decade of safer sex (eg. condoms) had shown that it was effective against HIV

This raises a number of questions. Just suppose condoms really are this unreliable… Why did these organisations encourage us to fuck HIV+ gay men back in 1994? Did they put political correctness and the feelings of a small number of positive gay men ahead of the safety and well-being of the rest of us — the majority? Wouldn’t that be highly unethical? Criminal in fact.

If they did that, and are now telling the “truth” about condoms, how can we possibly trust anything they say? Including about the “game changing” wonder drug PrEP? Are they again concealing certain information about that, to manipulate and engineer what they want?

However the fact is that many of us who are now in our 40s and 50s are still negative after 30 years of using condoms every time and following the advice of ads like that one in 1994.

We say that these organisations told the truth back in 1994 and are lying about condom effectiveness now.

It’s a tried and tested marketing technique to manipulate the consumer: undermine and talk down an “old product” (condoms) to help promote a new one (PrEP). However in this context it’s extremely irresponsible. Falsely undermining trust in condoms may lead to some gay men not bothering to use them at all, while they don’t want to pop PrEP pills either.

Note how normal everyone looks in the video compared to coverage of anything gay nowadays. The unrelenting portrayal of gay men as “troubled” drug using, binge drinkers with endless personal problems, mental health issues and who “struggle” even to roll condoms down their own penises before sex will harm all of us in years to come.

PS. Can that really be the BBC’s Evan Davis in the video? It certainly looks like him. 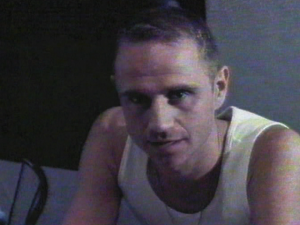