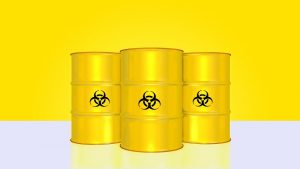 The gay (ill) health organisations in their push to get the gay community to convert from condom use to PrEP to supposedly “end HIV” have ignored all other health issues that come with abandoning condom use.

As many of these PrEP advocates are HIV positive they see no problem in promoting PrEP to mass medicate the gay community. As these are the same drugs they have to take to stay alive, they have no choice but to take them. They have utterly downplayed the side effects of this extremely strong medication as if it’s equivalent to aspirin or the contraceptive pill. This is highly misleading and has resulted in many participants in the UK trial being shocked by the  side effects of PrEP. The PrEP ambassadors describe these as “tolerable”.

STIs are rising with the abandonment of condom use. There are significant long term health issues with constantly getting infected with STIs. Syphilis, gonorrhea, chlamydia, Hep C, shigella are not to be dismissed lightly with the attitude that its just a matter of a course of antibiotics and then fixed. STI drug resistance to antibiotics are on the horizon. It’s a real wake up call.

Taking PrEP is not liberation it’s enslavement and self harming. You are traumatising yourself with every sexually transmitted disease you catch and normalising ill health for yourself and your sexual partners. Will PrEP continue to work as drug resistant HIV grows within the cesspool of barebackers?

Get real and get woke: sex with a condom is the real “sex without fear”. Wear a condom and stay healthy.

This article from the Guardian reveals the roll out of PrEP in Australia has had a significant impact on the sexual health of gay men.